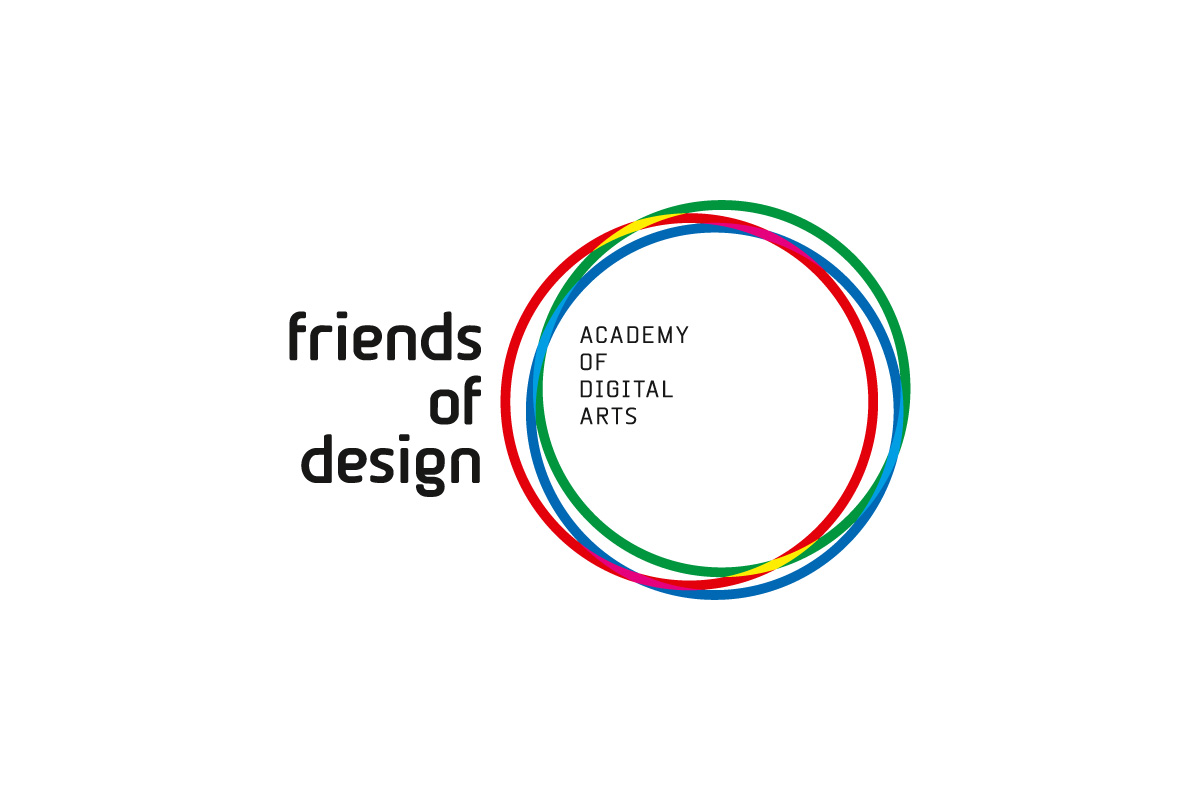 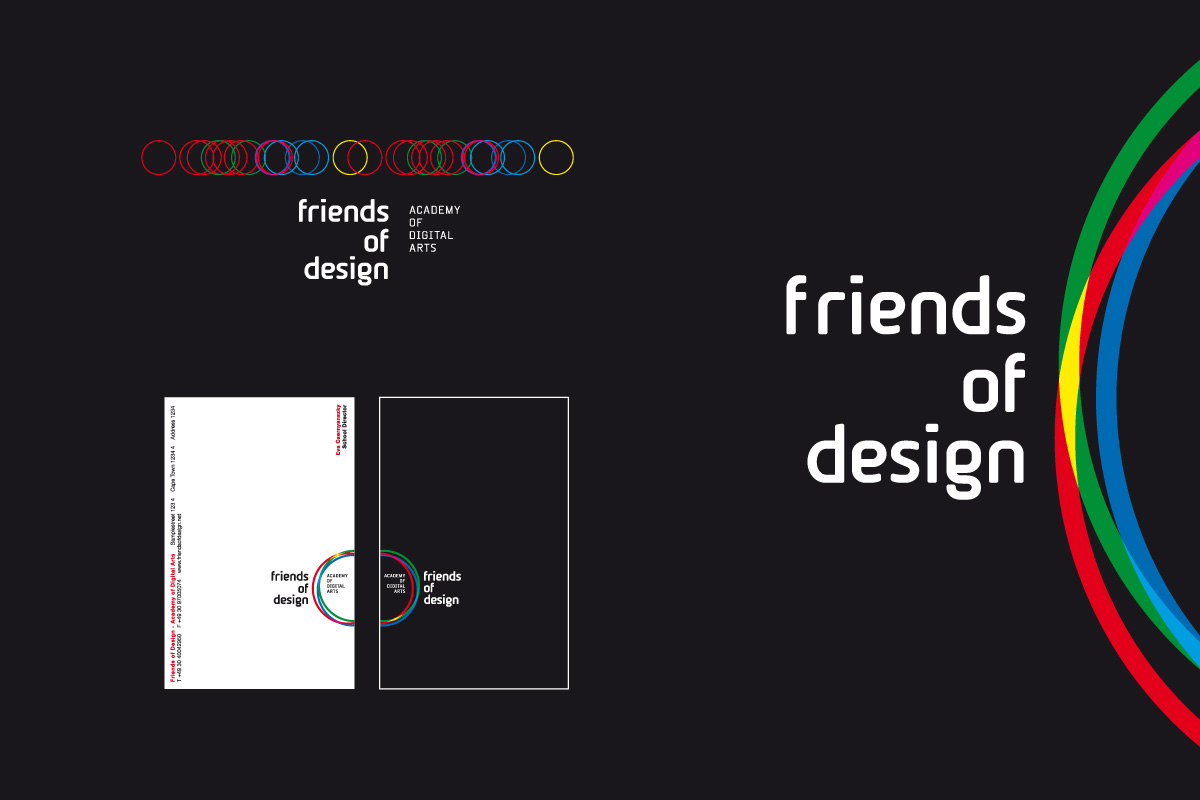 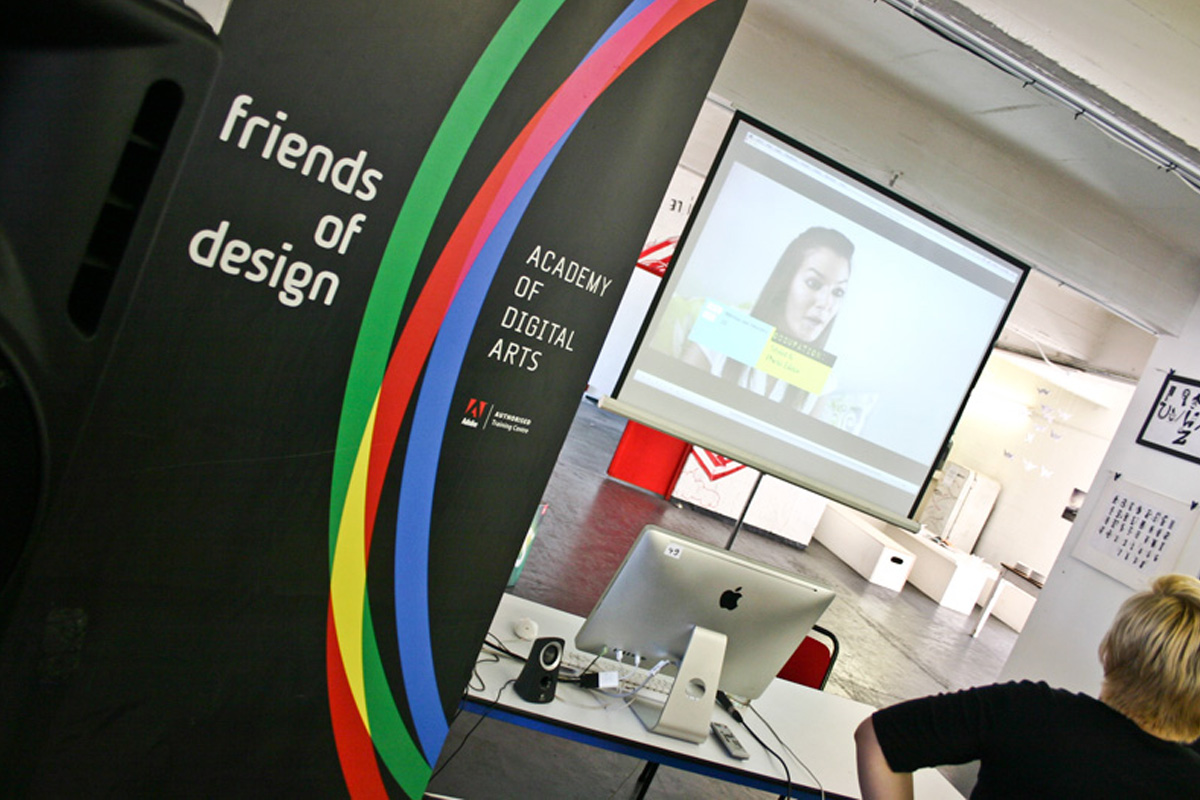 Design of a corporate identity for a design school in Cape Town.

The design school Friends of Design: Academy of Digital Arts in Cape Town required a visual identity which would reflect its location and positioning. As a reference to the digital media at the centre of the course the idea of additive colour synthesis was used for the development of the circle mark, which with its primary colours red, green and blue and their secondary colours stands for the screen display. The use of colours and basic geometrical forms as an essential part of design training are also reflected in the design. The logo achieves its maximum effect in the animated version in which the circles while revolving change their position in relation to one another. In the combination with a black background it quotes the colours of the South African flag, and thus also refers to the school’s location.

The new South African flag was introduced 27 April 1994 when the Interim Constitution took effect. Today it is recognised in South Africa by all parts of the population, and the people, whether black or white, feel connected with the new colourful symbol. In its colour and design the flag designed by Frederick Brownell is a combination of the flags of the African National Congress and the former colonial powers, and thus alludes to South Africa’s eventful history. Although the meaning of the colours and their combination should be intentionally kept open, an anticipation of the future national unity can be read in the underlying green, the line of the overlapping V-shape.