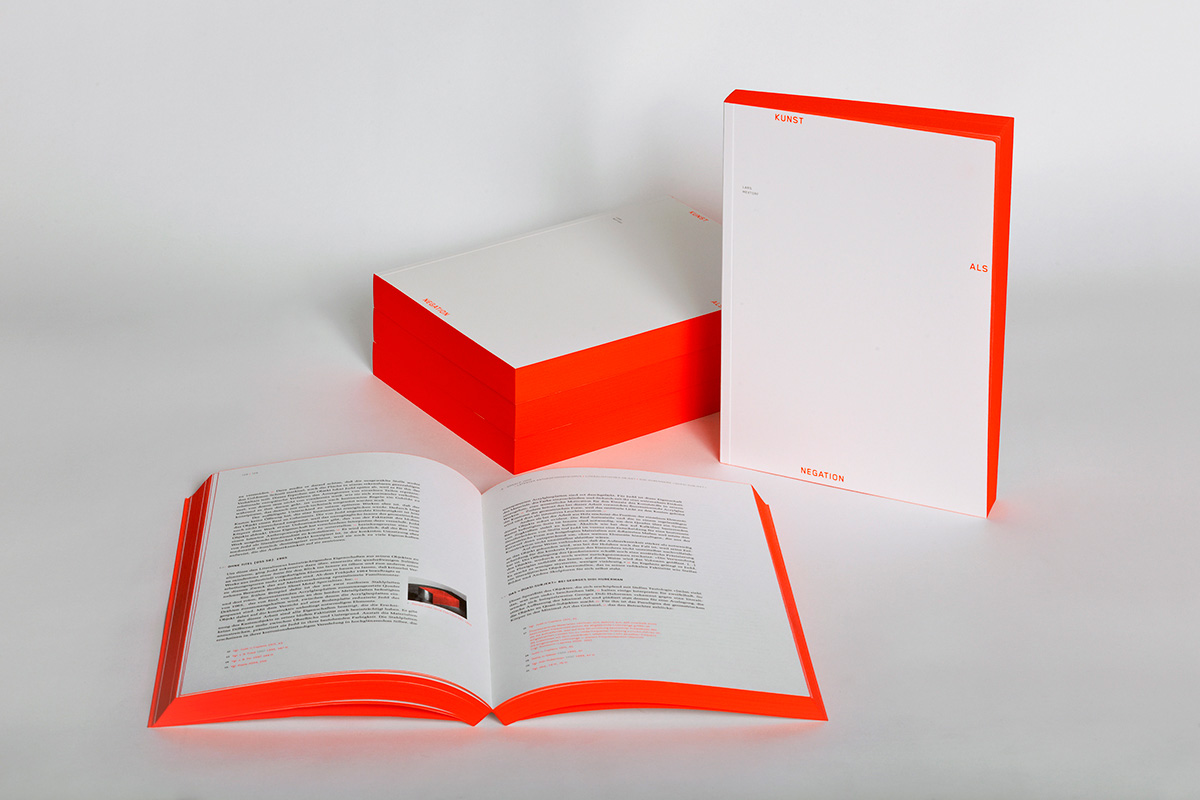 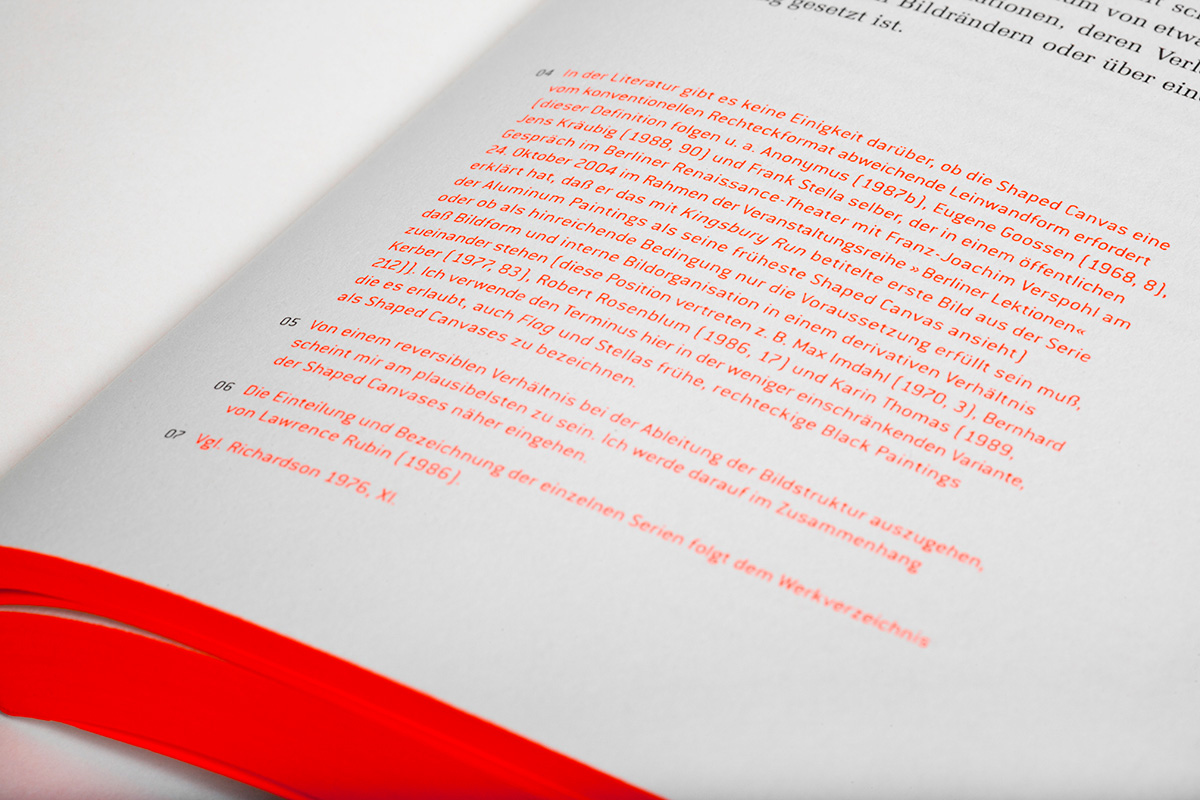 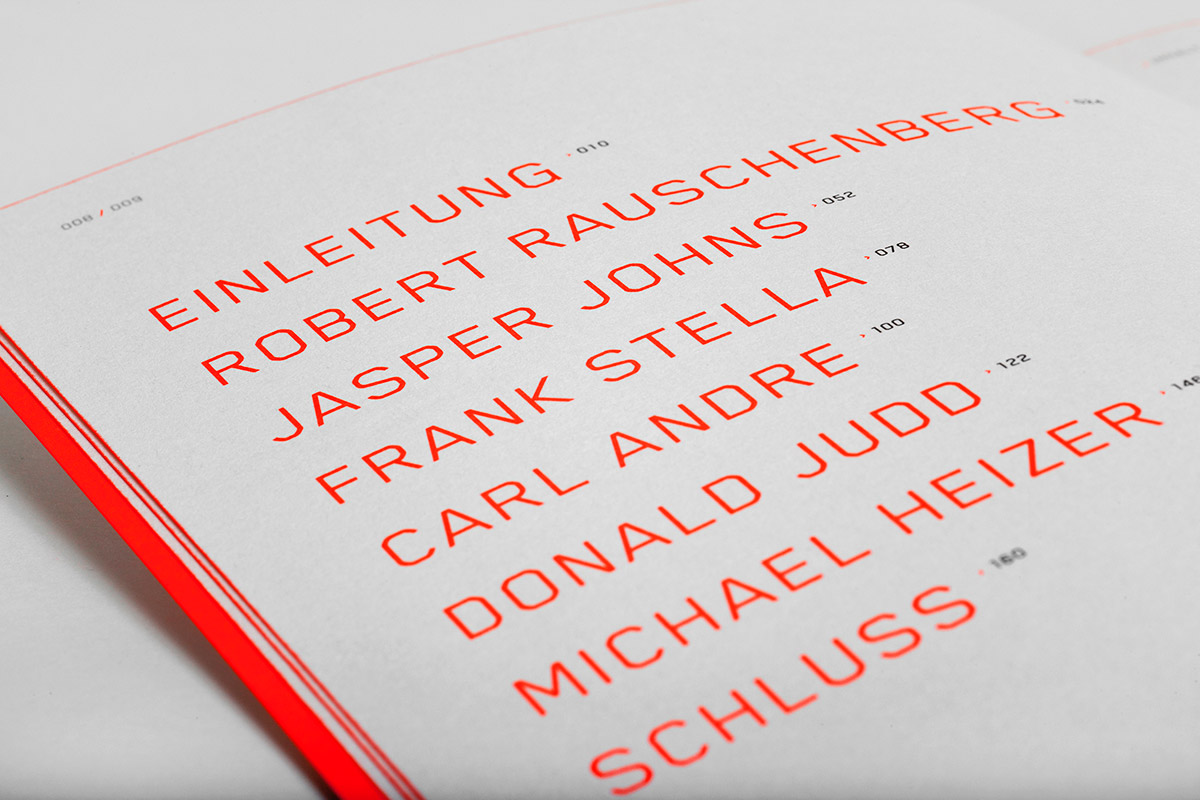 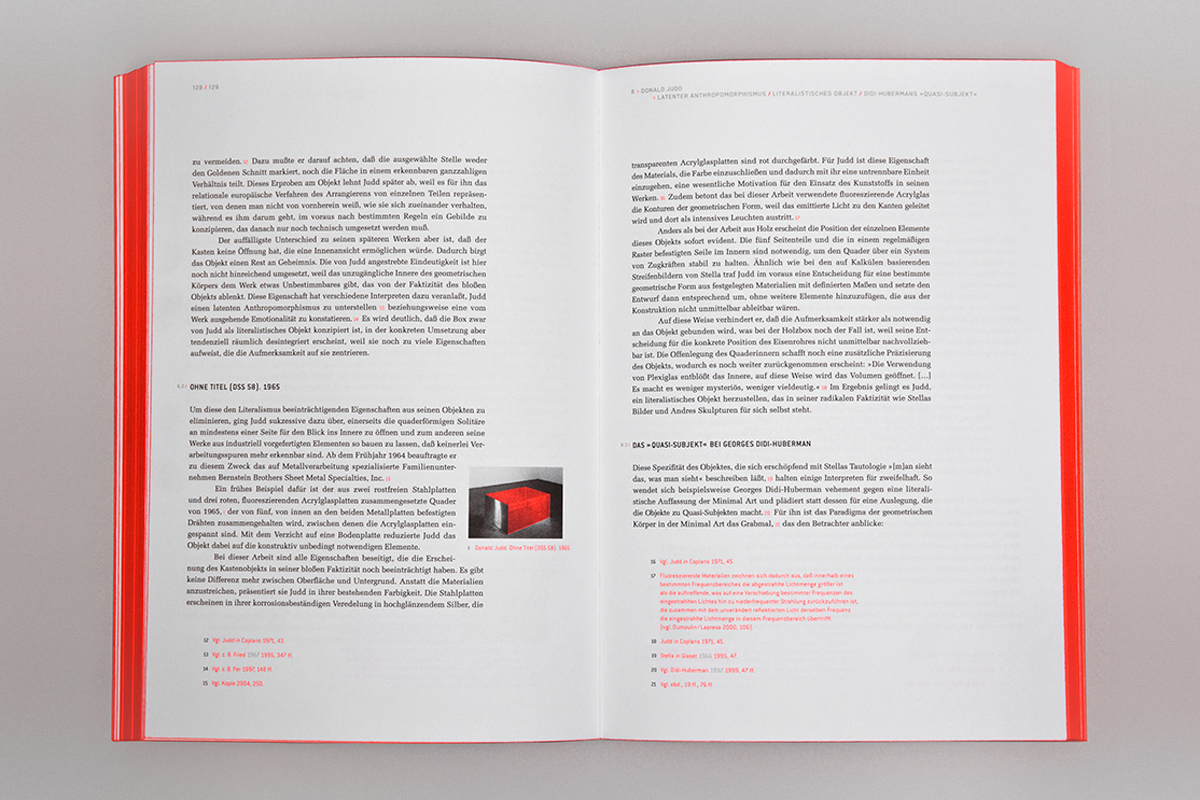 The book version of the dissertation “Kunst als Negation” (“Art as Negation”) by the art historian Lars Mextorf, published by Verlag Silke Schreiber, was designed with the aim of creating an object that makes visible the characteristic qualities of Minimal Art as the book’s main object of research, and simultaneously offers the reader a high user value.

The large white space on the cover and the reduced font of the title pushed to the edges stand for minimalist reduction, and at the same time provide a visual interpretation of the book’s subject: minimal art as an art of staged absence.

The fluorescent red typeface echoes the directness of hard industrial materials as well as the technical colours that can also be found in Minimal Art. Similarly, the coloured page edges refer to a work by Donald Judd, an acrylic box in the same fluorescent red, which is the only illustration in the book coloured with a special colour, and which thus provides a visual key to the design concept.

The pages between the chapters, which are also red, recall, with their disproportionately large initial letters and only slightly smaller chapter numbers, technical labelling, and contrast with the delicacy of the overall design.

This concept also governs the choice of typefaces, which besides Melior includes the technical looking Conduit and the stencil-like Blender. The indentations along the right edges of the running text created by the small-format illustrations allude to the principle of the shaped canvases in the work of Frank Stella.

The book’s functionality is manifested in the extensive registers and indexes, the clear hierarchy between the black running text with reference numbers picked out in red, the red footnotes and the use of the special colour “cool grey” for subordinate information such as page numbers and running title, as well as the possibility of finding the beginnings of the chapters along the book’s edge by bending the book slightly.