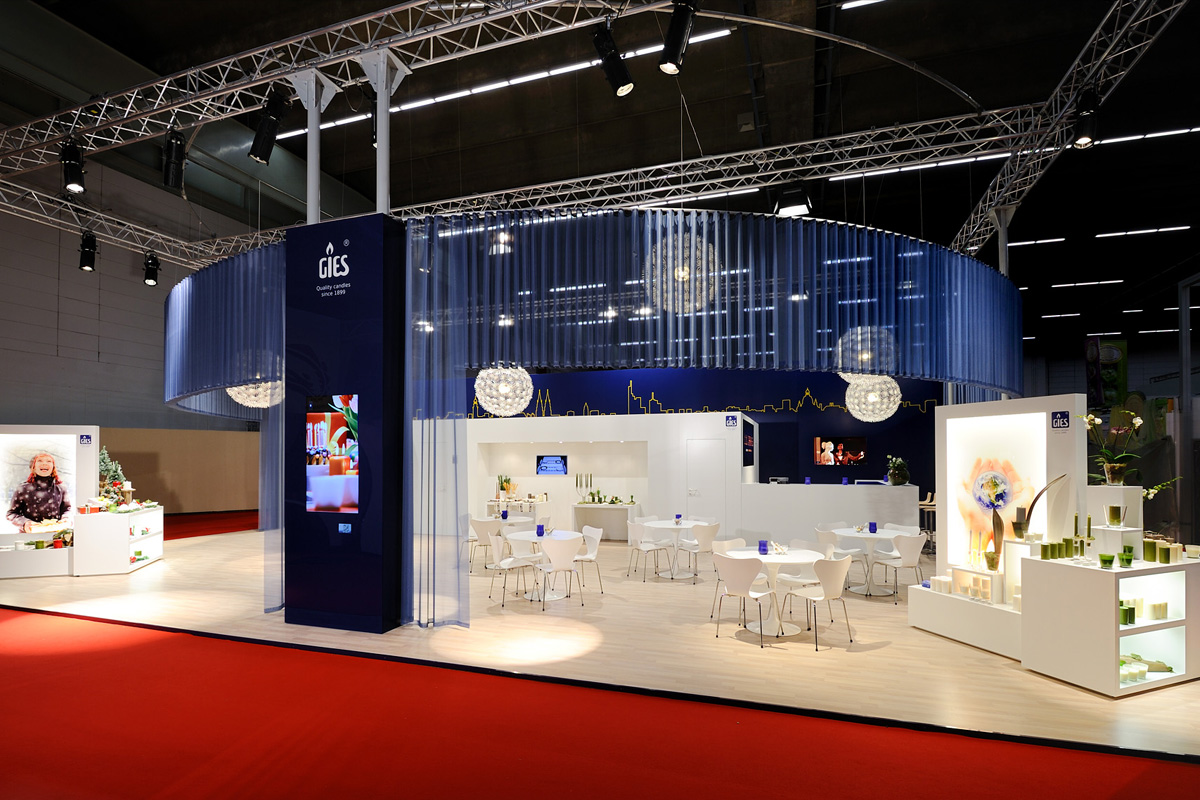 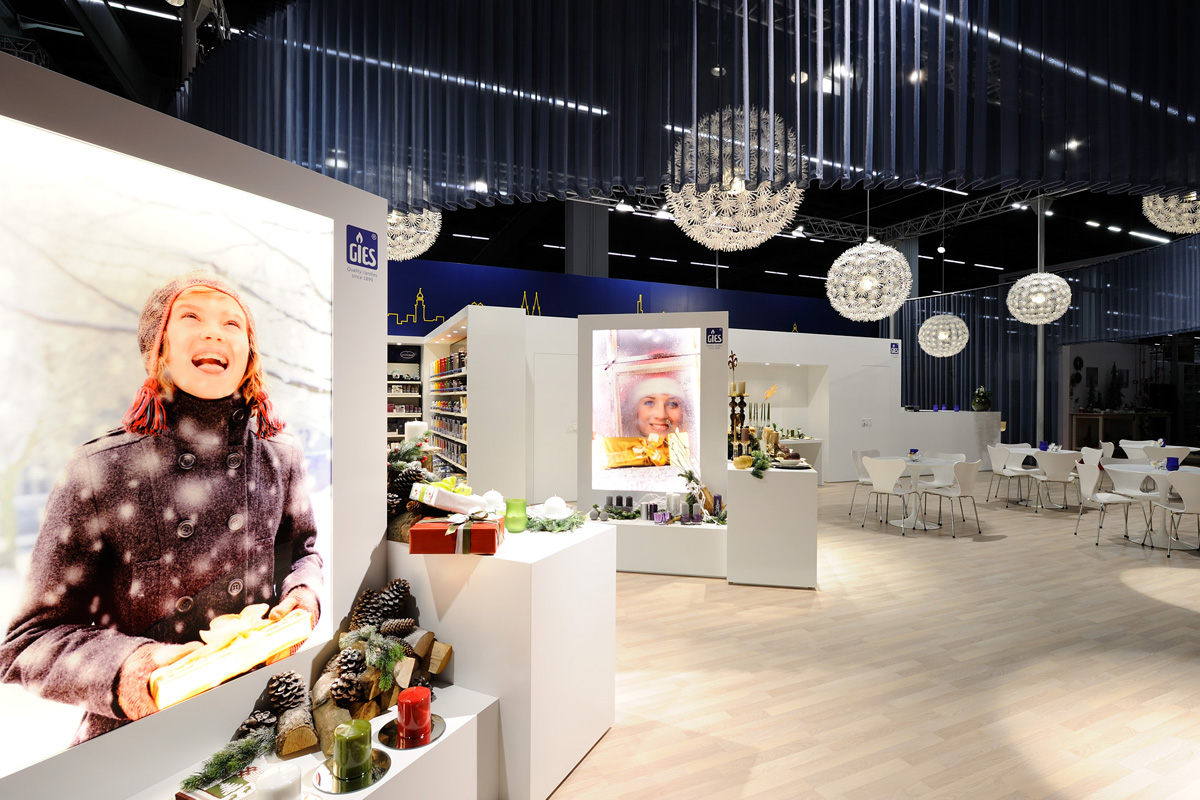 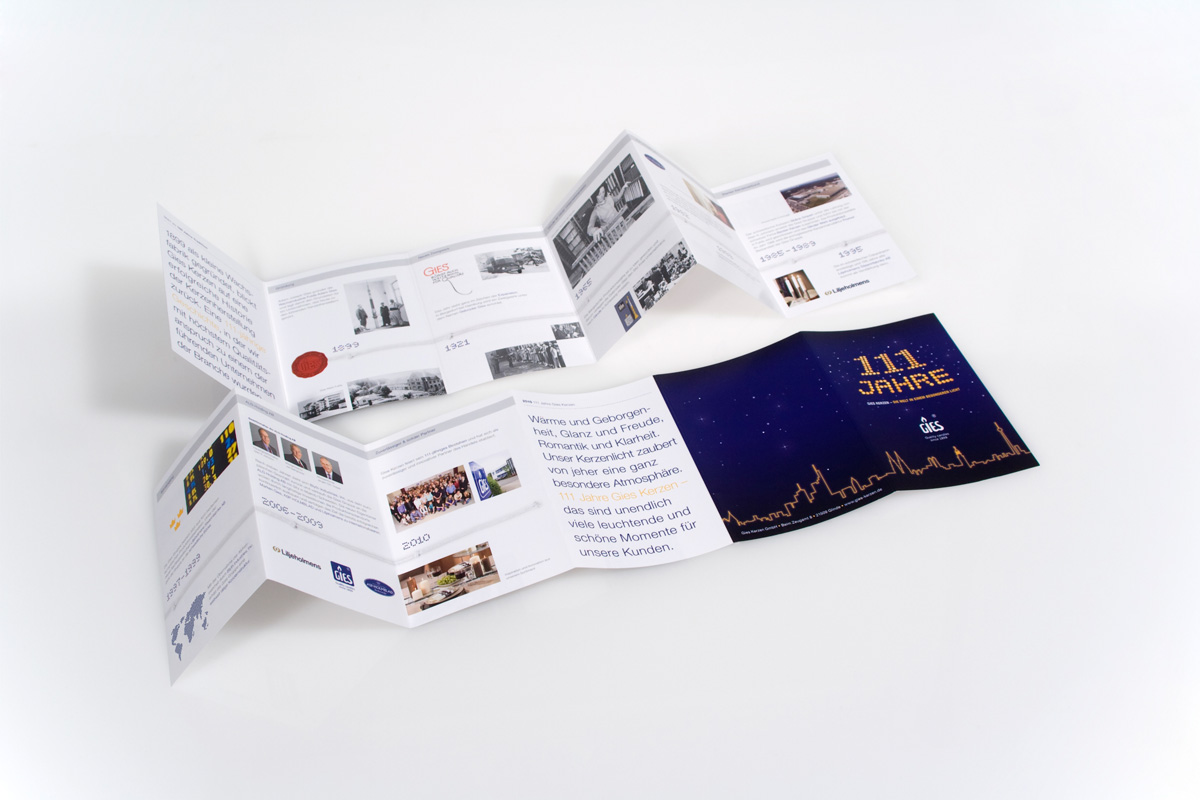 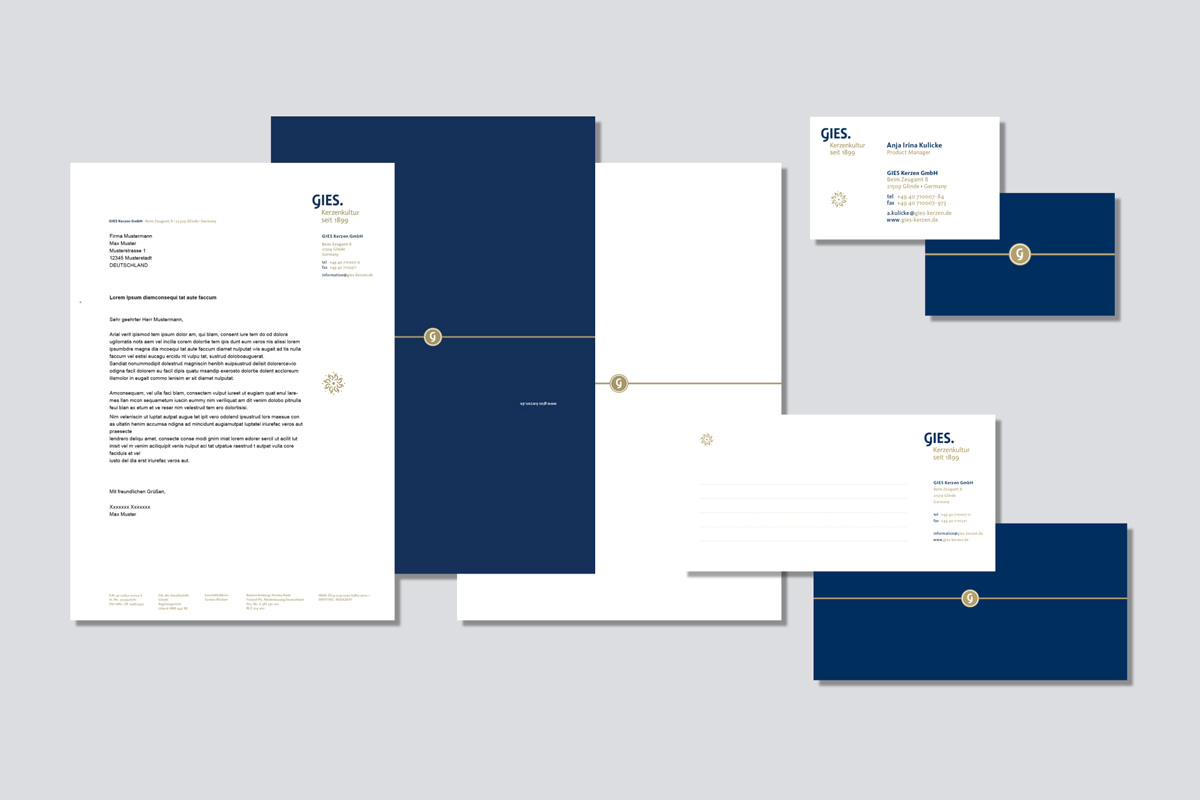 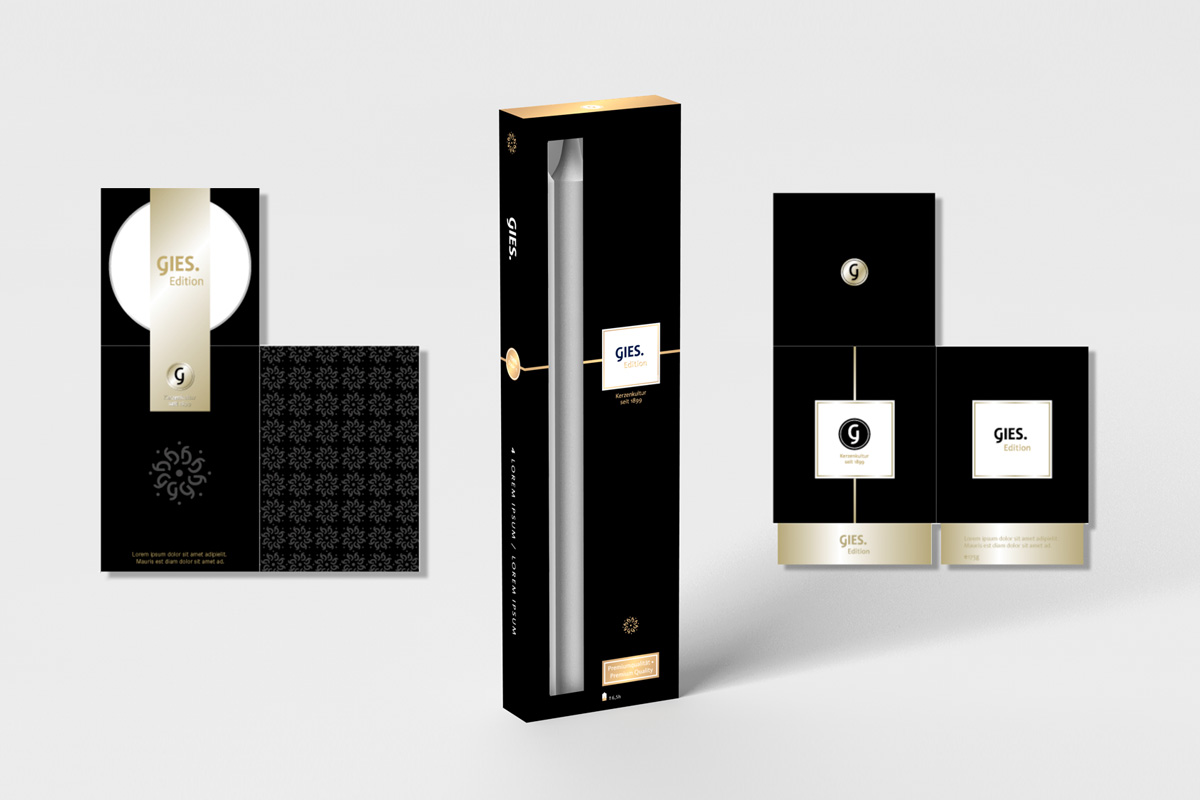 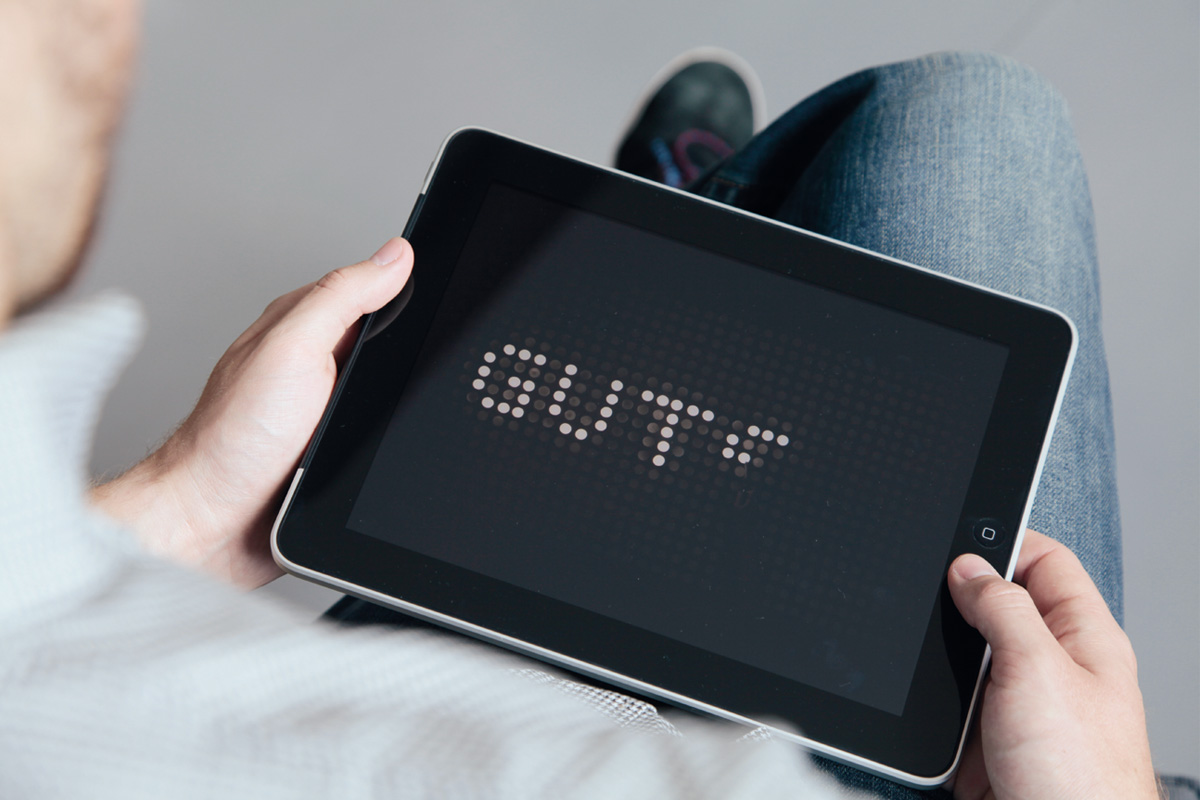 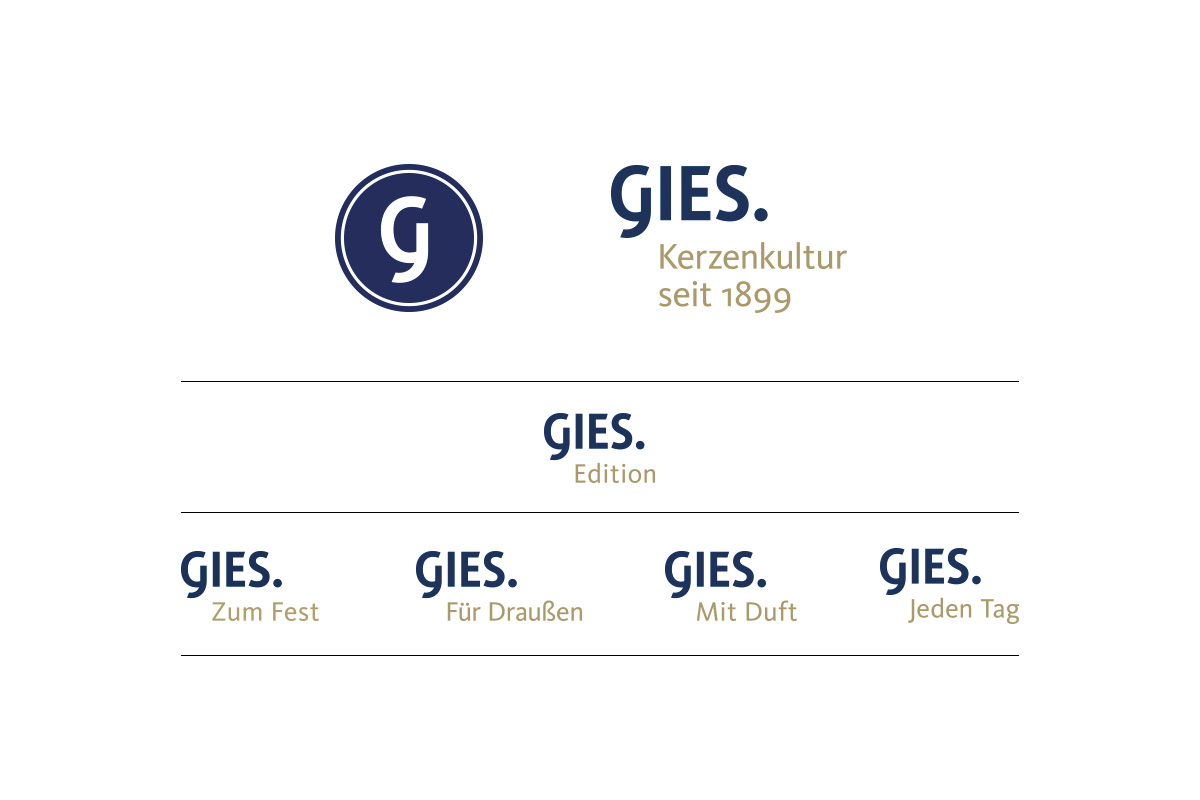 Branding for the 111th anniversary and event year, revision of the brand architecture, packaging and trade-fair appearance.

A branding was conceived and designed for the 111th anniversary of the candle producers Gies, who wanted to revitalise their tradition-rich brand. For this the number 111 is brought to life with spots that recall tealights. For trade-fair appearances the point becomes an arch, which is used as an overarching element as well as quoting the circle. A screen installation displaying a range of contents invited visitors to pause to look and listen. For the print applications, punched holes, which give the materials a deeper dimension, produce a refined and modern haptic effect. Film greeting cards, which create interest through motion graphics, were spread selectively through social networks to give the brand more digital presence. At selected moments throughout the year customer-loyalty actions were begun via microsites set up especially for the purpose. In addition newsletters strengthened relations with existing customers, attracted new customers, and provided information about promotions in outlet stores.

In collaboration with the production design class of Prof. Achim Heine at the University of the Arts in Berlin a semester-long project was developed to design and redefine the candle and its use. The results were refreshingly innovative, turning the candle as a bearer of the archetypal element light into a desirable object.

Developed as creative director at Playframe.