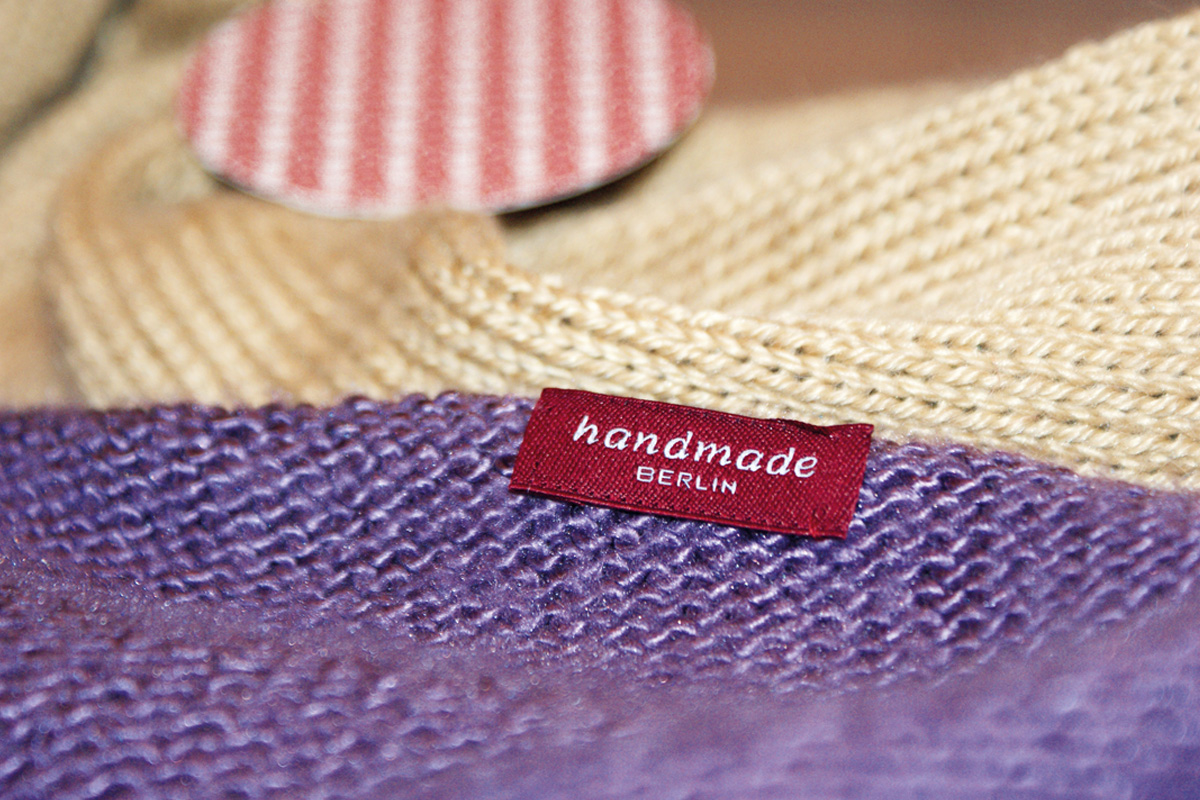 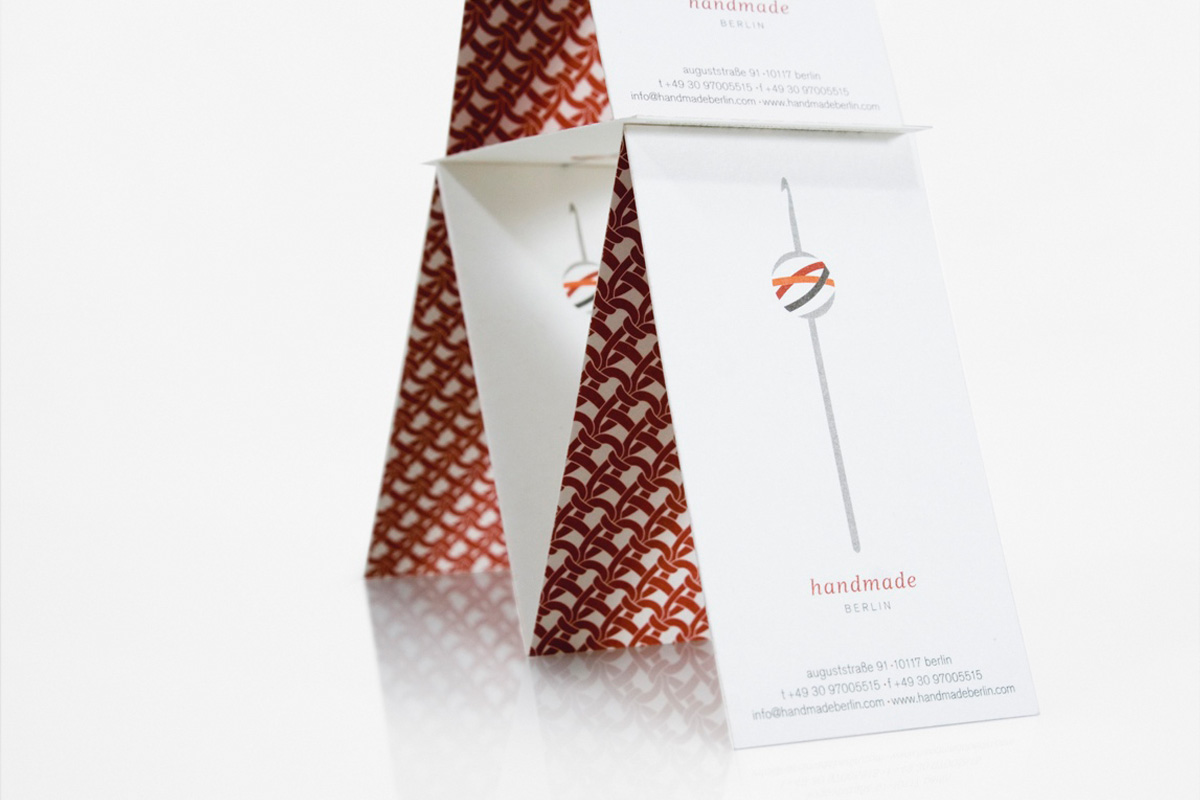 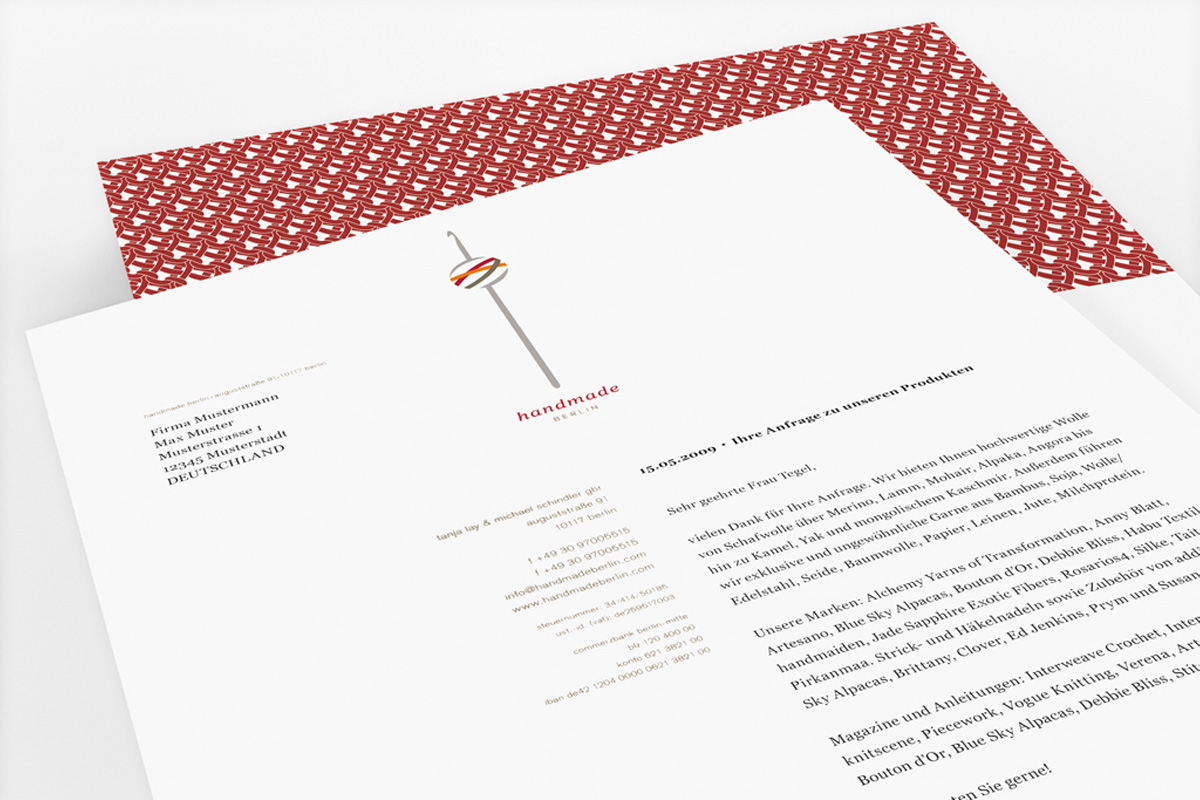 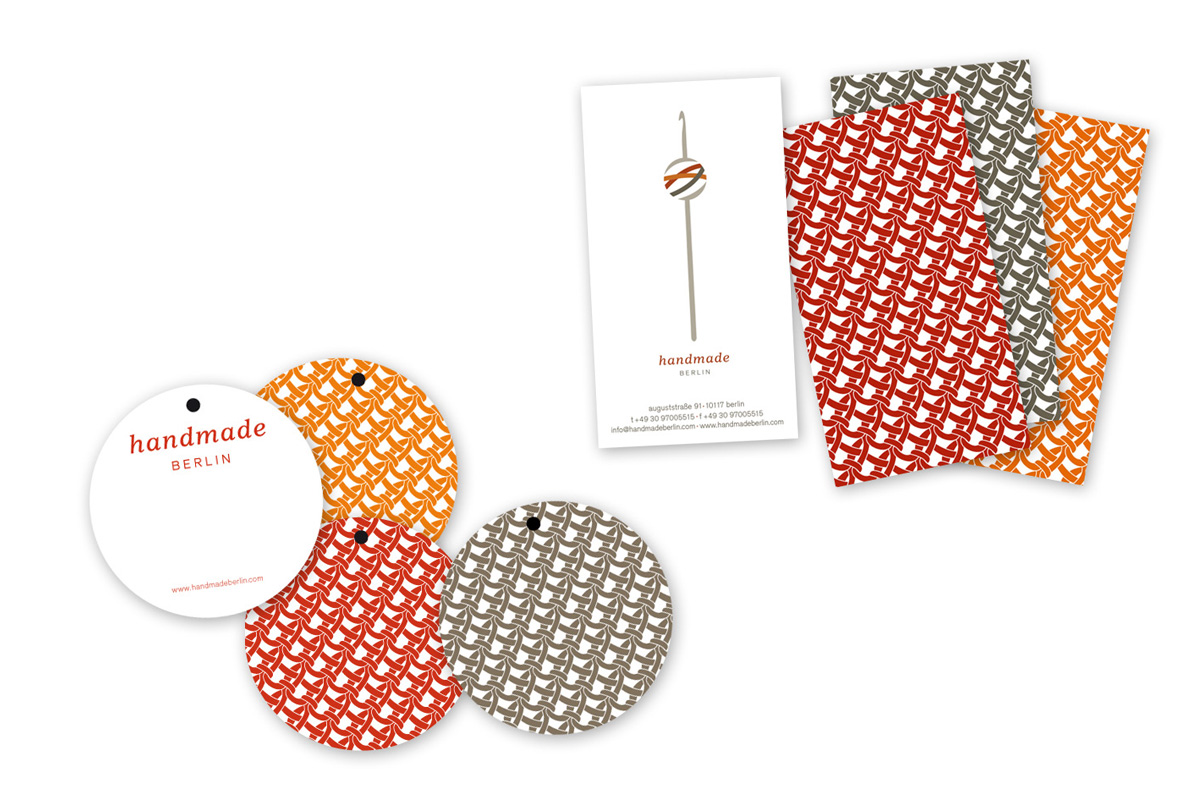 Design of the corporate identity and development of a tagline.

For the founding of a wool and yarn shop in Berlin, a brand image was developed on the basis of a branding process. The shop offers exclusive wools and yarns imported from all over the world. To give expression in the communication to the location Berlin as a special creative place, the Television Tower as the tallest building in the city is quoted in the form of a stylised crochet needle. Thus the tool for handling the product sold by the company becomes a symbol for the diversity of meanings associated with Berlin. The product itself, which is placed in the form of a ball of wool in the position of the tower’s sphere is what ultimately enables the identification of the architectural icon. Also referring to the genre of handicraft is the basic element of the design modules with their real crochet patterns.

Designed at Playframe as creative director.